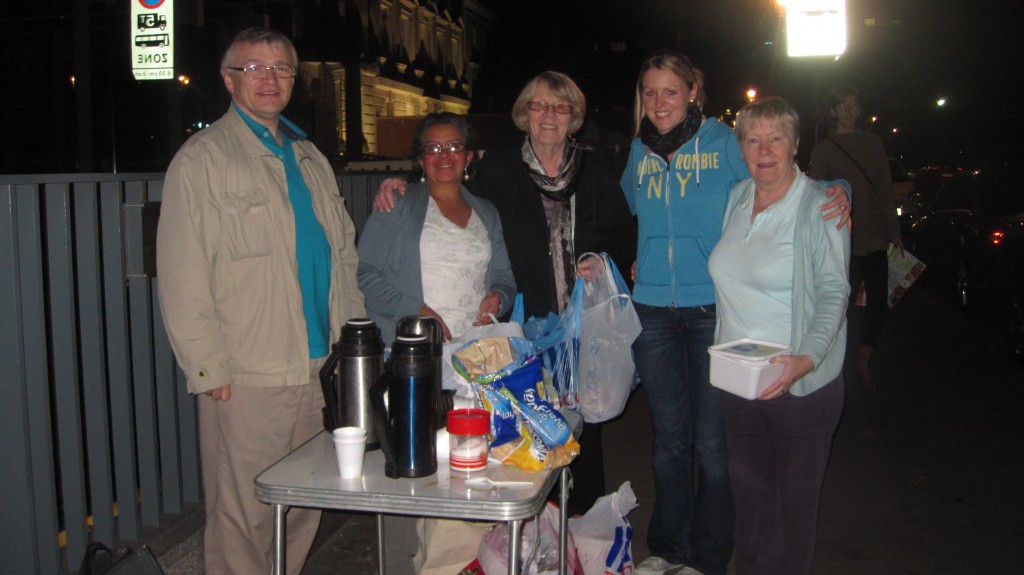 Every Saturday, sandwiches, cakes, biscuits, tea, coffee, orange and a range of other products are prepared throughout the day in Stamford Hill. On a recent Saturday at about 7.30pm, we and some other local volunteers met and made the journey together to a regular spot in Lincoln’s Inn Field in Central London to distribute all of our supplies. 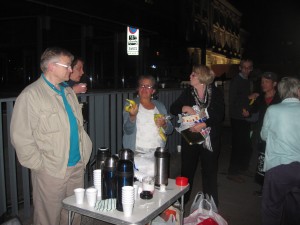 Within seconds, the volunteers were flocked with crowds of people gratefully drinking cups of tea and eating sandwiches. The appreciation and goodwill was quite humbling, though it was sad to think that many people still sleep rough, partcularly with the colder months of the year not far away. Some Saturdays there are several ‘Soup Run’ groups that can turn up at this well known spot, but on this particular day we were the only ones. Within ten minutes of madness, we ran are out of everything, but were satisfied we had been able to serve everyone who wanted something. We stayed and chatted to various people for a little while longer before again making our way back to North London. A truly rewarding evening and we were still back early enough to be in the pub by 9.30! 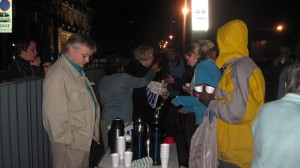 The St. Ignatius Soup Run works to a rota, so volunteers are not expected to turn up on a weekly basis, plus there is always a lot of flexibility. If you would be interested in volunteering for this or any other cause similar, please get in touch with us.

We see ourselves as an ‘enabling charity.’ We really want to enable as many people as possible to Live by Giving and if we can give anyone the platform to do that, we would be very interested in hearing from you.